Sunday, a new duel will take place in the London capital. The Blues of Chelsea FC receive the Eagles of Crystal Palace. Both teams aren’t doing too well at the moment and to find out who could take the lead, check out our Chelsea v Crystal Palace prediction.

At the London Blues, the balance is really tilting on the wrong side. Since the change of coach from Thomas Tuchel to Graham Potter, nothing has gone right with the multiple champion of England. Chelsea are currently only in tenth place and are already ten points behind in international affairs. Their next opponent, Crystal Palace, are only three points behind the Blues, in eleventh place, with 22 points. If they win, the Eagles could join Chelsea in the standings.

With Bwin, Chelsea appear as favorites with odds of 1.65, while Crystal Palace have odds of 4.80. By registering on Bwin, you benefit from a €120 welcome bonus thanks to the Bwin bonus. 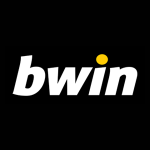 Bwin doubles your first freebet deposit up to €120!

We receive a commission from the bookmakers mentioned on the site. 18+ | Applicable terms and conditions

The London Blues are having a season that no one really expected. The Londoners have been one of the teams that have invested the most money this summer. So far, it hasn’t really brought in much for the club in the English capital. Thomas Tuchel had to leave the Blues and his successor, Graham Potter, failed to raise the bar. Last Sunday, Chelsea faced Manchester City and the Sky Blues didn’t have a chance from the start of the game. The Blues were already down 3-0 at halftime and ended up losing 4-0. Many fans gave free rein to their frustration and sang of a possible return of Tuchel on the Chelsea bench. The week was also marked by another setback. The Blues lost the derby to promoted Fulham 1-2.

The Blues are aware of their current situation and it is above all the attack which is Chelsea’s problem area. The 21 goals in question is a frightening tally considering the type of players who play in attack at Chelsea. During the week, a new hope was hired. Joao Felix has arrived from Madrid on a €10m loan and the Portuguese needs to relieve Kai Havertz on the wing so the Germany international can move to the centre. In addition to the inefficiency in attack, the Blues also have, it must be admitted, some injury concerns. For example, Kante, Chilwell, Pulisic, Sterling and James are all out.

Crystal Palace’s Eagles are also not at their best this season. Patrick Viera’s side sit only eleventh in the standings and the Londoners wanted to aim higher this year and maybe even international places. Taking a closer look at Palace’s current situation, there isn’t much argument for the Eagles to feature in international competition next year. Not only are they six points behind sixth place, currently occupied by Liverpool, but they have won just two of their last six games.

At Crystal Palace, a lot depends on star player Wilfried Zaha. The Ivorian is the most important character at the Eagles. The winger’s contract expires this summer and there are hardly any indications that he will extend it. Palace is therefore wondering whether to sell it this winter or let it go this summer without compensation. With six goals and two assists, the 30-year-old is by far Crystal Palace’s top scorer. But his form curve is also down. He hasn’t scored for four games now.

Chelsea are aware of the importance of this game and, after the 2-1 defeat against Fulham a few days ago, a victory is needed next Sunday. The competition is not sleeping and Chelsea are currently on the verge of losing all their goals for the season as early as January. We therefore believe in a reaction and a victory for the Blues on Sunday.

Stamford Bridge men have big attacking problems this season. After 17 matches, Chelsea have only scored 20 goals. In view of the upcoming match, we therefore expect less than 2.5 goals.

Find all our predictions as well as our odds comparators:

LIVE – Mercato: Chelsea go on the attack for Malo Gusto

Alexis Tibidi, trained at ESA Brive, about to discover Ligue 1 with Troyes via...

the smashing return to form of Marcus Rashford

admin - January 30, 2023 0
© netdoclub.com 2023
Manage Cookie Consent
To provide the best experiences, we use technologies like cookies to store and/or access device information. Consenting to these technologies will allow us to process data such as browsing behavior or unique IDs on this site. Not consenting or withdrawing consent, may adversely affect certain features and functions.
Manage options Manage services Manage vendors Read more about these purposes
View preferences
{title} {title} {title}
MORE STORIES