The stakes of the Manchester City Tottenham match

Manchester City wants to immediately resume its march forward. Tottenham hope to get closer to the Big 4. No more level of motivation

The state of form

Champion of England 4 times in the last 5 editions, Manchester City is not in a favorable position to win a new title this season. The Citizens are currently 2nd in the Premier League but concede 8 units of disbursements on leader Arsenal. Returning to competition at the end of December following the World Cup, they did not lose any of their first 3 league games (2 wins and 1 draw) with in particular a success acquired in the lair of Chelsea (0-1) . On the other hand, Manchester City fell last weekend by losing in the lair of rival United (2-1). This setback follows a surprise elimination at Southampton in the quarter-finals of the League Cup (2-0). Pep Guardiola’s men, on the other hand, are still qualified for the FA Cup and will face Leipzig in the knockout stages of the Champions League.

Your 1st bet of €100 refunded in Freebets at Pokerstars Sports if losing !
Discover the Sports offer of the giant Pokerstars by clicking on this link

Tottenham are now in 5th place in the Premier League with 1 more game and 5 points behind the 4th. Not very brilliant in the game, the London team will have to work if they want to win a qualifying jump seat for the next Champions League. Not really to their advantage since the end of the World Cup, the Spurs only won at Crystal Palace in the league (0-4). Otherwise, they were held at Brentford (2-2) and lost to Aston Villa (0-2) and rivals Arsenal last weekend (0-2). Still qualified for the FA Cup thanks to a short success acquired against Portsmouth (1-0), Tottenham is preparing to face AC Milan next February in the knockout stages of the Champions League. Manchester City advantage on form

The squad for Manchester City Tottenham

For this meeting, Manchester City should be complete. Indeed, central defenders Ruben Dias and Stones are back from injury and available, Pep Guardiola said yesterday. In the loss to United, Erling Haaland went through the game like a ghost and didn’t create chances. The Norwegian is still the undisputed top scorer in the Premier League with 21 goals in 17 appearances. He can count on midfielder De Bruyne who delivered his 10th assist in the league last weekend. Scorer in the derby, Grealish is expected to start. The Citizens have the best attack in the Premier League. 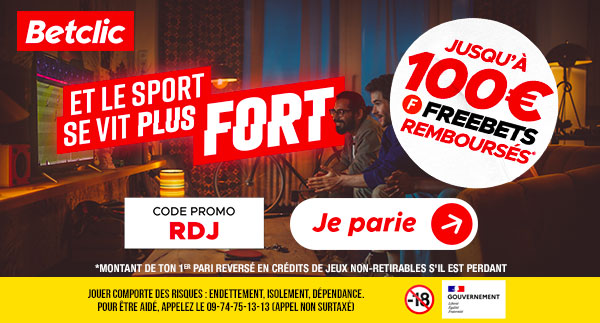 On the side of Tottenham, the replacement winger Lucas Moura is still absent this week, he who has not walked on the lawns since last November. Absent since the end of the World Cup, the important Uruguayan midfielder Bentancur should be back. Goalkeeper Hugo Lloris recently announced the end of his international career. Last weekend he was unfortunate scoring against his side for Arsenal’s opener. Behind Haaland, Harry Kane is the 2nd top scorer in the Premier League with 15 goals. He should still be associated with his usual sidekick Heung-Min Son (4 goals and 2 assists). Manchester City advantage on paper

The history of confrontations

In the last 10 confrontations, Manchester City have won 4 times, for 1 draw and 5 defeats.

The key points of the Manchester City Tottenham game

Eager to redeem themselves from their misstep in the derby last weekend, Manchester City have what it takes to dominate Tottenham at home in this late game. Manchester City victory

Transparent last weekend against United, Erling Haaland can find the net this Thursday against Tottenham. (“Haaland goalscorer and his team wins” rating @1.76 at the house of Sports Betting who offers you your 1st bet refunded up to €100 with its limited-time bonus available until February 13 only).

A big odd on the match

Erling Haaland can put the Citizens on the right track this week by opening the scoring against Spurs. (“Haaland first goalscorer” rating @3.30 at the house of PMU-Sport who offers you your 1st bet refunded of 100€ IN CASH!!!).

Good game, and don’t hesitate to leave your predictions and comments with those of the players below!


Admitted to the CFPJ in 2015 and with experience in football media, Victor Arnaud-Etchemendy joined the RDJ editorial staff in 2016

Alexis Tibidi, trained at ESA Brive, about to discover Ligue 1 with Troyes via...

the smashing return to form of Marcus Rashford

admin - January 13, 2023 0
© netdoclub.com 2023
Manage Cookie Consent
To provide the best experiences, we use technologies like cookies to store and/or access device information. Consenting to these technologies will allow us to process data such as browsing behavior or unique IDs on this site. Not consenting or withdrawing consent, may adversely affect certain features and functions.
Manage options Manage services Manage vendors Read more about these purposes
View preferences
{title} {title} {title}
MORE STORIES